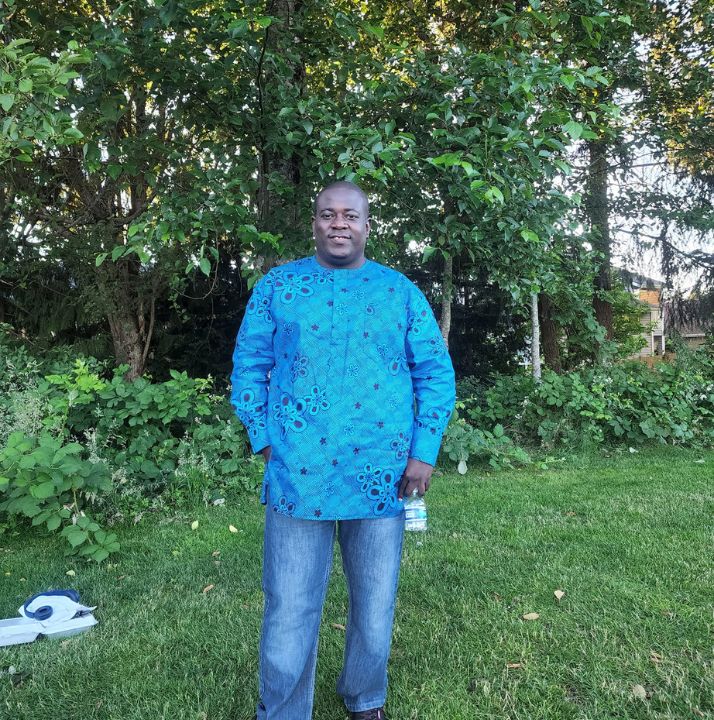 NAME OF SCHOOL: University of The Gambia and Prince William Sounds Community College

QUALITIES:
I have good communication and interpersonal skills that I take pride in utilizing to serve
people. I am patient, disciplined, jovial, and a good team player. I enjoy providing
services and working in places where I deal directly with people. I write and speak
English fluently. I take pride in carrying out every duty and responsibility incumbent on
me. I won’t quit until I get the job done and always look for more to do. I am dependable,
reliable, and trustworthy.

Pa Ousman Joof is the founder and Executive Director of Gambian Talents Promotion which he founded in 2006 while living in Atlanta Georgia.

Prior to coming to the United States in 2004, Pa Ousman has assumed so many leadership roles since he was a child growing up in Farafenni where he attained his early childhood education. He was a Cub-Scout Leader at Farafenni Primary School and the Head Boy of  Farafenni Junior Secondary School where he graduated in 1999 before proceeding to St Augustine’s High School (the only boys high school in the country) in Banjul,  the capital of The Gambia where he served as a Senior School Prefect,  the president of the School’s Islamic Club,  the Secretary General of the Peer Health Educators and Writer’s Clubs,  the Deputy Editor-in-chief of the School’s “Sunu Kibaro” Magazine and the Chairman of the “Gamsaints Reconciliation Committee” , a project he initiated to reconcile St Augustine’s and Gambia High School.

Right after he graduated from High School,  Pa Ousman Joof enrolled at The University of The Gambia  where he started pursuing a degree in Arts and Social Sciences.

At the same time,  Pa Ousman and 6 of his colleagues from St. Augustine’s formed a youth organization called Youths in Development and Change (Y.I.D.A.C) which he served as the president till he came to The United States in 2004. During his days as the president of YIDAC, Pa Ousman attended several local and international conferences,  workshops and seminars where he delivered speeches and networked with young people from around the world.  The last conference he attended in The Gambia was the West African Joint Operation Conference-WAJO (Conference on illicit drugs) hosted at the Kairaba Beach Hotel by the Gambia National Drug Control Council (N.D.C.C).

In March of 2004, Pa as the President of YIDAC came to represent The Gambia at an international conference on Micro Finance and Youth Entrepreneurship at the Brigham Young University in Salt Lake City in Utah.

Just like many immigrants in the United States,  Pa Ousman went through a lot of struggles working 2 to 3 jobs, going to school, raising a family and dealing with the challenges of being an undocumented immigrant. See attached video link ( https://www.youtube.com/watch?v=DUHiHuYD6sc) .   Pa Ousman is now a US citizen and bagged an Associate in Arts degree from Prince Williams Sounds Community College in Valdez Alaska in 2015.

Throughout his stay in the United States, Pa Ousman lived in College Park Georgia, Raleigh North Carolina, Anchorage Alaska and now Everett Washington where he lives with his wife and 3 kids.

While living in Atlanta,  in 2006, Pa Ousman Joof and Ebou Njie (A US based  Gambian DJ and web designer) saw the need to establish  a platform through which they can tap, nurture  and promote Gambian Talents and culture around the world especially through the internet.  This gave birth to Gambian Talents Promotion which over the years grew from being only a cultural and talent promotion entity to a full-fledged online Public Broadcasting network that has a combined following of about four hundred thousand followers from around the world.

In 2017, Pa Ousman founded the Washington West African Center (WAWAC), a nonprofit organization that connects West Africans in Washington with local resources and bridges the gap between them and the wider community. Within 3 years of its establishment, Pa Ousman with the support of his board of directors, staff and volunteers was able to register WAWAC with all the relevant authorities, opened an office, established a lot of partnerships, and raised over $500,000 in grants from major Governmental and Non-Governmental organizations in Washington for his institution.   Pa was also part of a 5 man board that pioneered a Coalition of BIPOC leaders in Snohomish County. This coalition of 23 member organizations now serves as a very strong voice for the Black Indigenous People Of Color (BIPOC) communities in Snohomish county and is well recognized by the County Executive Office and other partners. He is also a member of the BIPOC Executive Director’s Coalition, the Washington Community Alliance, The King County Housing Trust Fund Equity group, and the Snohomish County Housing Equity Advisory Board

Pa Ousman Joof loves to network and build relationships with other community leaders. He attended several trainings, meetings, seminars and workshops in the Nonprofit industry in Washington where he built relationships and learned best practices from his fellow community leaders. Through Pa Ousman’s dedication and leadership,  WAWAC was named the nonprofit of the month of October 2020  by Washington Nonprofits  “Member Spotlight”. He was also one of few nonprofit leaders in Washington who were interviewed by Crosscut, (The Washington State Nonprofit newsletter) about the “Why some WA Nonprofits face high barriers when applying for federal relief funds” https://crosscut.com/news/2022/05/why-some-wa-nonprofits-face-high-barriers-federal-relief

Pa Ousman’s desire to support the youths of his home country The Gambia and curb unemployment led him to go back home in 2017 to officially register Gambian Talents Promotion in The Gambia. Between 2017 and 2022, GTP trained about 300 young people in multimedia-related skills such as graphic design, web design, journalism, marketing, public speaking, and videography. In March of 2022, GTP/GTTV graduated 60 students at a well put together a ceremony which was attended by the First Lady of the Republic of The Gambia, Madame Fatoumatta Bah Barrow among other dignitaries. GTTV is currently one of the 6 most recognized media houses in The Gambia and takes pride in giving accurate, fair, and balanced news to Gambians on a daily basis.

Pa Ousman also works as a part-time Wollof and Mandinka interpreter for the King County Courthouse and other agencies that need interpretation services.

On his free time,  Pa enjoys taking a walk or riding a bike with  his kids.

Pa Ousman can be reached via email pajoof@wawac.org or through his social media handles (Pa Ousman Joof)